Skip to content
You are here
Home > FEMA news > Success: autonomous cars to be tested with motorcycles

Vehicle authorities will cooperate with motorcyclists’ organizations and conduct their own test program with different brands of semi-autonomous cars.

A driver of a Tesla – and of an increasing number of advanced cars – can leave key actions to the vehicle, while in the opinion of the motorcyclists’ organizations this equipment is not or not sufficiently tested with motorcycles and other powered two wheelers. In the discussion about the concerns that motorcyclists have with admitting (semi-)autonomous vehicles on the roads, it soon became clear that many of the concerns of the motorcyclists’ community are shared by RDW.

Drivers of vehicles that use Advanced Driver Assistance Systems (ADAS) such as Adaptive Cruise Control (ACC) or Lane Changing System (LCS) are deemed to always have full control over the vehicle. To support the driver, the car will give a warning, based on the input from the sensors, when a collision with a motorcycle is imminent, so that the driver can intervene in time, possibly assisted by the hardware of the car.

However, it appears that drivers of such vehicles in many cases already appear to rely fully on the technique and are themselves occupied with other things than traffic. And then the question must be asked whether the current technology in the cars takes sufficient notice of the presence of motorcycles in traffic and whether the technique is able to adequately intervene and warn the driver in time.

The joint conclusion of RDW and the motorcyclists’ organizations is that properly functioning Advanced Driver Assistance Systems can provide an added value to road safety, but there are also disadvantages when drivers don’t use it properly and do not and pay sufficient attention to traffic. 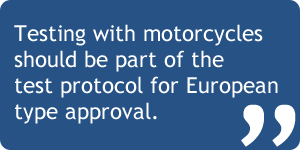 RDW proposes – in cooperation with the motorcyclists’ organizations – to increase the knowledge on this issue by conducting their own test program with different brands of cars with Advanced Driver Assistance Systems. This test program must objectively assess what the current state of affairs is in the technique that should ensure motorcycles and other powered two wheelers are detected by the sensors of the car and whether that technology also responds correctly to the presence of motorcycles. RDW also believes – as do the riders – that testing with motorcycles should be part of the test protocol for European type approval.

In the first quarter of 2017 the test program will be described, the organizations will explore what research in the field of testing motorcycles with semi-autonomous cars is already available and the research questions will be formulated. After that, the field tests will be conducted in 2017.

Dolf Willigers, General Secretary of FEMA: “We are very pleased with the outcome of this first meeting with the experts of RDW. We are going to act together and we will see in the field tests to which extent the technique takes motorcyclists into account. In the coming years this will continue to be an important issue for FEMA and we want to ensure that motorcyclists literally are not overlooked in the development of the newest generation of cars. The test program can have lasting effects on road safety for motorcyclists in Europe and therefore I am particularly proud that the motorcyclists’ community works together and will cooperate with the authorities responsible for allowing such sophisticated cars on public roads.” 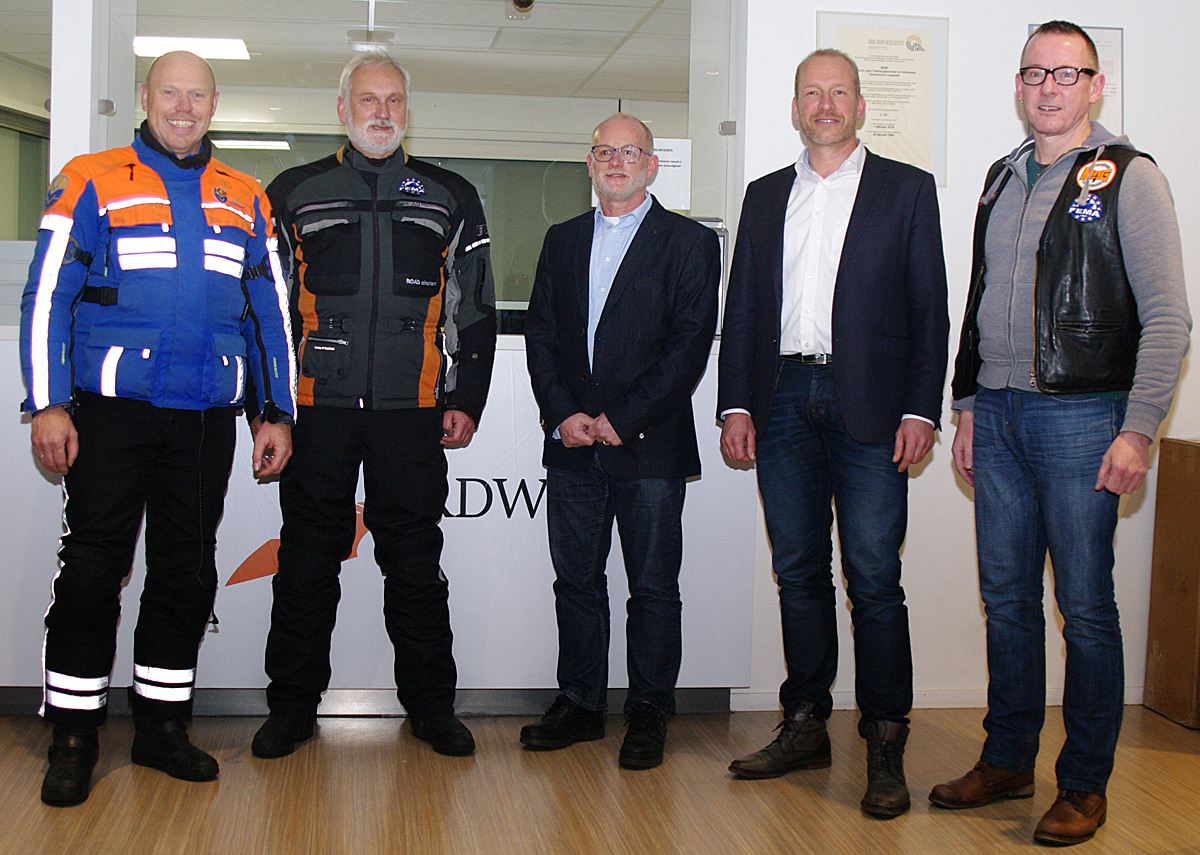