Thanks to Swiss FEMA member organization IG Motorrad, from now on, motorcycles are allowed to drive a heavily frequented main road in the Geneva area on the bus lane. The two-wheeled traffic will continue to flow smoothly on approximately 650 meters, thus relieving the regular lanes. 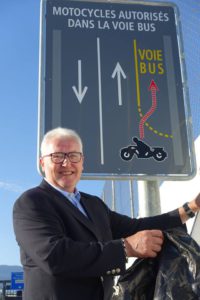 Luc Barthassat, head of the Department of Environment, Transport and Agriculture, personally opened the section on the Route de Jeunes, watched by the motorcyclists from IG Motorrad.

First of all, the free lane is tested for its everyday suitability for one year. A first interim result will be available in three months. If the traffic runs as desired, the bus lane should stay open for motorcyclists permanently.

The president of IG Motorrad, Bernard Niquille was satisfied with the premiere and sees it as a result of fruitful and patient cooperation between the motorcyclists’ organization and the political decision-makers.

Three years ago, IG Motorrad presented a catalog full of proposals. Bernard Niquille: “We hope that on the basis of this catalog soon further bus lanes will be opened for motorized two-wheelers. All motorcyclists and scooter riders can contribute to the success of the project by continuing to respect current traffic regulations.” 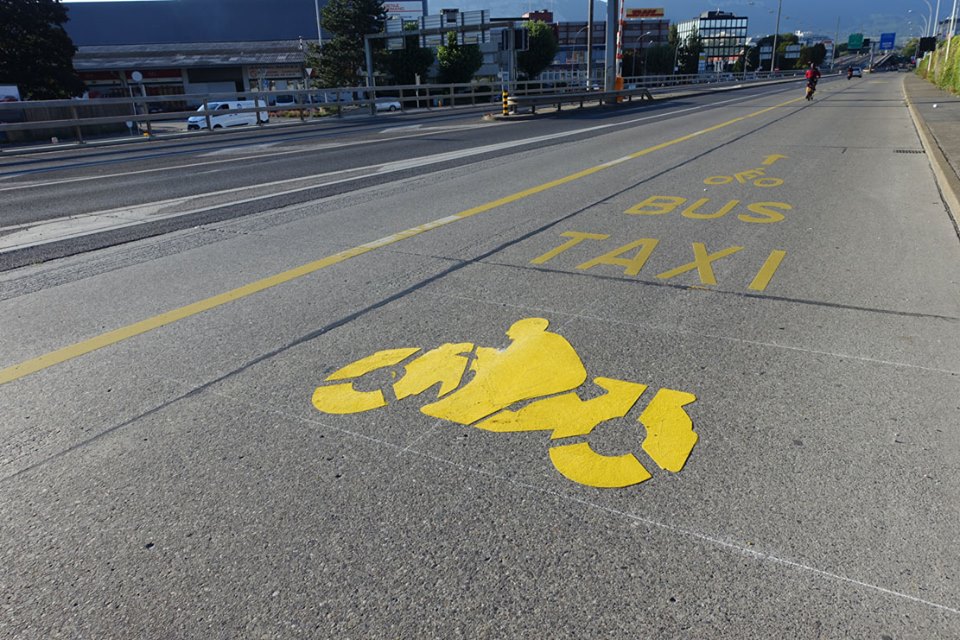