Skip to content
You are here
Home > FEMA news > Is staged access to the motorcycle driving licence safer?

Final report
The European Commission has published the final report plus annex about the implementation of Directive 2006/126/EC on driving licences, better known as the 3rd Driving Licence Directive (3DLD).

The third Directive on driving licences entered into force in January 2013. It provides harmonised rules aimed at enhancing drivers’ freedom to move, reducing the possibility of driving licence fraud and improving road safety in the EU.

The study explores the implementation of the third Directive on driving licences in Member States four years after implementation and assesses whether the introduced novelties contributed to achieving the objectives set by the Directive. An assessment of the effects of the novelties introduced by the Directive was performed by combining the findings of desk research, expert interviews and stakeholders consultation. Given the scarcity of available literature, the assessment of effects is based in large extent on expert interviews and stakeholder consultations.

At the same time, the study seeks to identify the most important policy recommendations that should be addressed in order to further achieve the main objectives of the Directive and to support the overall effort to establish a common transport policy in the EU.

FEMA not involved
FEMA has not been involved in the above mentioned expert interviews and stakeholder consultations. No invitation has ever reached us. The interviews and consultations were mainly performed with representatives of the member states.

A large part of the report concerns the transition from paper driving licences to a harmonized plastic credit card-style driving licence, check of normal residence, medical checks, standards on alcohol, drugs and medicinal products, the international driving license database and the introduction of the AM-category licence. Only small parts of the report is about the A-license and I will focus on these parts only. In effect this means the staged entrance and the inclusion of trailers in the A licence.

The report concludes that the graduated access system  for motorcycles seems to have improved road safety. It also concludes “It can be presumed that keeping riders from riding stronger motorcycles at an age where they are more likely to show risky behaviour improves road safety.” At  the same time it states “However, the system does not seem to encourage riders to acquire more practice on smaller motorcycles before switching to stronger vehicles. They rather seem to wait and go for direct access instead.”  This sounds like a contradiction in my view, or the safety aspect should be that young people wait longer  has a stronger effect than the lack of experience on smaller bikes. This is confirmed by a sentence on page 101, which says: “This is still a safety benefit since they do not ride at an age where they are more likely to show risky behaviour.”  The report also concludes that “it seems that more riders continue riding an A2 motorcycle instead of upgrading to larger vehicles. This may be due to the fact that category A2 comprises motorcycles with more power than the old restricted category A.”  the report even says “but one trend that can be identified is that the number of A2 vehicles sold is strongly increasing”.

Conclusions were drawn too soon
I wonder how such conclusions can be drawn after four years after the implementation of the directive. The whole process of acquiring respectively the A1, A2 and full A license alone costs more than four years. Conclusions about the effect on road safety should be drawn by facts: 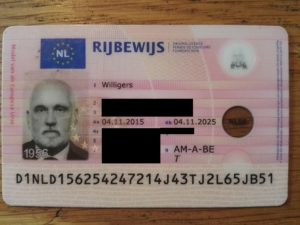 figures about accidents, severe injuries and deaths. These facts are not mentioned . The statistical information of the European Commission shows that after a decline in motorcycle fatalities from 2006 to 2013 the number of casualties has risen again. I wouldn’t dare to connect this to the staged access one way or another, just because the time is too short to draw this kind of conclusions. In fact, in view of the length of the whole process  Exactly for this reason it is remarkable that the European Commission imagines a positive effect. About the claimed large increase of A2 motorcycles sold. I could not find this confirmed. In the countries I looked into the opposite was more the case. However, here also it is far too early to draw any conclusion.

The European Commission does understand, that riders are not waiting for a staged access: some of the representatives of the member states mentioned this and told that riders go for alternatives (skip A1 and go for A2, or wait until 24 and skip both A1 and A2) and they have read the RIDERSCAN report. However this did not lead to an advice to reconsider the staged access, but “since more on-road experience is regarded as crucial for reducing accidents, it should be explored how graduated access could be made more popular. Besides, it should be explored how the role of training in the Directive could be strengthened to ensure a stronger focus on core skills that are difficult to test, including risk awareness, self-awareness, personal attitudes, dealing with potential risks including distraction, peer-pressure and impaired driving. This type of action is considered to be legislative, should be supported by research and should be applied at both EU and national levels.”

Finally something about trailers. The current (and previous) driving licence directive does not foresee in riders attaching trailers to their motorcycle. As a result the ability to ride with a trailer depends on national guidelines. The report advices that the possibility to tow trailers with category A vehicles (PTW or tricycles) should be included in the Directive since such combinations are allowed in type approval legislation.  It looks like there is at least one thing that will be arranged properly.

FEMA position:
Staged entry with intermediate compulsory training and/or testing is not the way to enhance initial riders’ training or to enhance road safety. It leads to postponement of training and a higher entrance age or to other choices. We cannot understand why the European Commission holds on to staged training while there is no evidence at all that this leads to better road safety. Since this appears not to be negotiable there is however nut much more that we can do that hasn’t already been done. Of course we will keep  fighting the staged access.

On the other side we are happy to learn that there seems to be expected some more clarity about the possibility to ride cross-border with a trailer behind the motorcycle.