In Sweden the number of single motorcycle accidents where motorcyclists crashed while braking, has been halved since 2015, according to statistics from insurance company Svedea.

For ten years Swedish FEMA member SMC have informed riders about the benefits of ABS (anti-lock braking system) and offered advanced training for riders, to teach them the correct braking technique. Motorcyclists’ association SMC is happy to finally have evidence about the positive effects of ABS use. 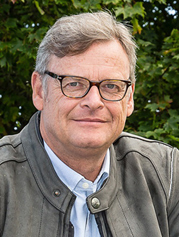 Jesper Christensen, general secretary of SMC: “It has now been proven that it has become safer to ride a motorcycle with ABS. Halving the number of motorcycle accidents where the rider crashed while braking, a typical motorcycle accident, is a big success! I’m looking forward to reduced costs for the insurance industry and also for the customers.”

An important part of the cooperation between insurance company Svedea and SMC is an exchange of insurance statistics. Svedea can give a different picture of all kinds of incidents compared to the official statistics which exclusively describe injured and killed in traffic accidents. Insurance statistics are an important basis for the road safety and information work in SMC. 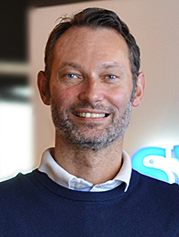 Stefan Karlsson, controller at Svedea: “We are constantly working with the injury statistics. Through these figures we get a good understanding and can follow up the damages and accidents that are experienced by the motorcyclists in Sweden. Unfortunately, we don’t have the same opportunity to retrieve information about safety equipment such as ABS and traction control for motorcycles as we can for cars. This makes it difficult for insurance companies to analyze the effect that systems like ABS can have on safety. Thus, it is not possible to reward motorcycle owners who choose motorcycles equipped with safety systems.”

Unfortunately, the number of fatal motorcycle accidents in Sweden has increased; in 2018 46 persons died while riding a motorcycle. compared to 39 in 2017. Jesper Christensen: “Safety systems like ABS are not the solution to all motorcycle accidents. Four out of ten who die on a powered two-wheeler in Sweden don’t have a valid A license. Between 10-20 percent of those who die, crashed into a barrier or pole in the middle or side of the road. In many accidents the motorcyclists collided with other road users who caused the accident. In most fatal accidents the motorcyclists were riding over the speed limit. ABS can’t save all lives. A lot more efforts are needed, such as investments from road authorities from a motorcycle perspective and more police out on the roads.”