Skip to content
You are here
Home > Member news > Greek motorcyclists: ‘Advanced motorcycle training is not about racing skills’

The Greek motorcyclists’ organization MOT.O.E offers valuable advanced rider training, but they also visit high schools, talking to youngsters who could be interested in riding a moped and a motorcycle later. Thomas Kakadiaris explains.

The Hellenic Motorcycle Institute (He.M.I.) Motothesis is the training organisation of MOT.O.E, the Motorcycle Federation of Greece (and member of FEMA). The Institute arranges voluntary advanced training for motorcyclists who want to go beyond their compulsory basic training and the official state riding license. He.M.I. is the only training organization in Greece which has certified its trainers. In addition, He.M.I. organizes around twenty courses each year all over Greece. 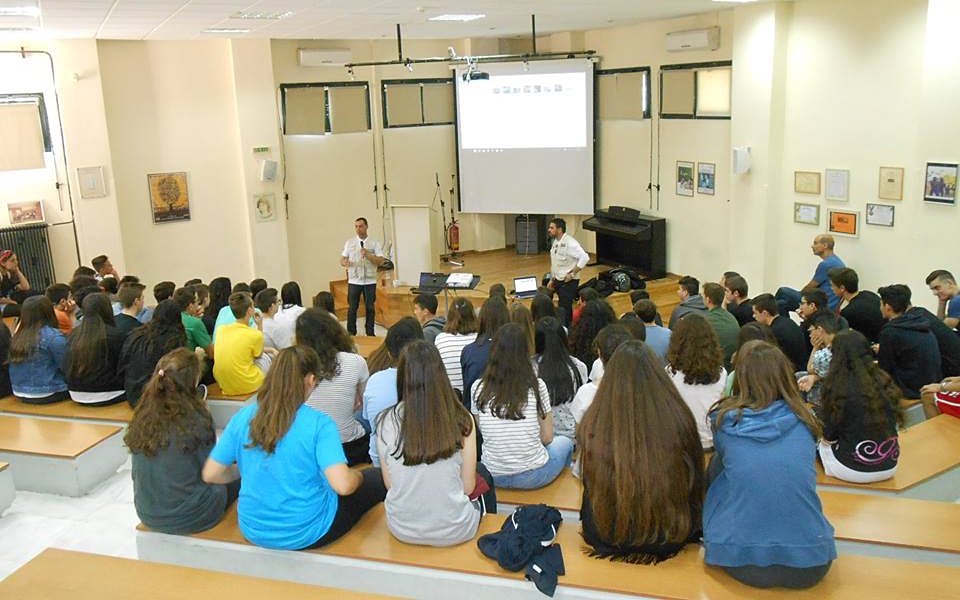 Unfortunately, the majority of motorcyclists think that advanced riding has to do with racing techniques, braking and manoeuvring in a ‘racing’ way, curve techniques similar to race track, et cetera. This perception has been encouraged by riding schools which claim that they teach advanced riding but they just offer all of the above. Let’s define the advanced motorcycling and be certain that, when we are discussing ‘advanced riding/motorcycling’ we, all, have the same idea in our mind.

“Advanced motorcycling is the ability to control the position and speed of the machine safely, systematically and smoothly, using road and traffic conditions to progress unobtrusively with skill and responsibility. This skill requires a positive but courteous attitude and a high standard of riding competence based on concentration, effective all round observation, anticipation, and planning. This must be co-ordinated with good handling skills. The machine should be in the right place on the road, at the right time, travelling at the right speed with the correct gear engaged and will be able to stop safely on its own side of the road in the distance that can be seen to be clear.”

MOT.O.E. since 1996, He.M.I. since 2008 has trained its own instructors, developed curriculums and an entire concept including training sessions and certification processes. Most of this has been paid by membership and participants fees but for the most part, financing is coming from MOT.O.E. All instructors have been trained on the same basis and apart from their contribution to advanced trainings they also visit public and private high schools under the authorisation of the Greek Ministry of Education. There, they discuss with youngsters what motorcycling is about. This way, the members of the Institute present the attitude in which experienced riders approach motorcycling to youngsters who could be possibly interested in riding a moped and a bike later. The idea has not only to do with road accidents but mostly with the development of proper attitude before entering our world, the riding world. 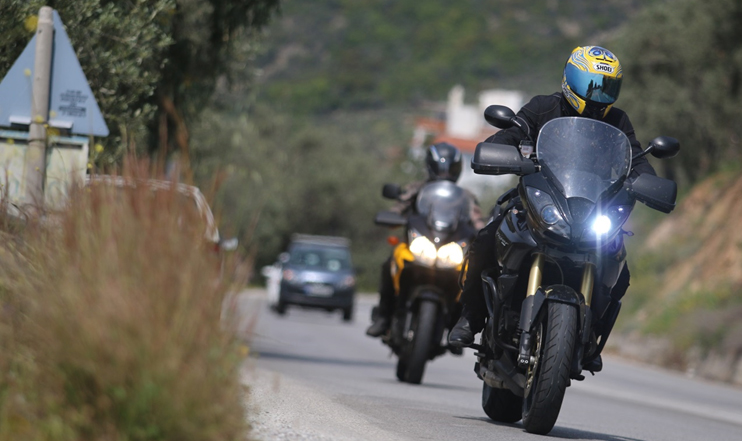 Alexandros Chalouchas, President of the He.M.I. stated: “Due to our volunteers we have offered the proper trainings at an extremely low cost to motorcyclists who want to improve their motorcycling safety and joy. We also visit more than seventy high schools each year, talking about what motorcycling is about. Safety is necessary to feel free on the road and enjoy. We do not believe in restraining measures or unfair legislation.” Alexandros continues: “We offer knowledge and skilfulness but most of all a safety protocol to handle the real, every day roads. We offer also certification of the advanced level by demanding exams on the road. In the years to come, He.M.I. will share its knowhow with other organizations which share the same vision of freedom.”