‘In about ten years it will probably not be possible to buy a motorcycle with an internal combustion engine in most, if not all, European countries.’ FEMA’s Dolf Willigers explains.

Recently I attended the European Union Sustainable Energy Week 2019 in Brussels. Three days of presentations and stands about how to make our society more sustainable. The reason I was there is quite simple: transport in general and also motorcycling is part of society and this transition to ‘sustainable energy’ affects us too, whether we like it or not. The question is just how and when. This was what I hoped to find out. Although I didn’t hear much that I didn’t know already, the presentations did give me an idea how others think about the future and what direction we can expect.

Electric
When you think about future transport, think electric. Not biofuels, not hydrogen, certainly not carbon-based fuels, but electric battery-powered vehicles is what we can expect. Yes, the European Union keeps saying that the policy is technologically neutral and yes, manufacturers are also working on hydrogen fuelled engines with fuel cells, but to make hydrogen you need either natural gas (grey hydrogen, also called blue hydrogen) or lots of energy in the electrolyse process (green hydrogen). Natural gas is getting scarce in Europe and to import it from Russia by pipelines or as liquified natural gas (LNG) from the USA is not a prospect that everybody likes. Plus, natural gas being a carbon-based gas, where is the ecological gain when in the process to make hydrogen lots of CO2 is emitted? To make hydrogen from water and oxygen (electrolysis) is an energy consuming process and therefore not a very energy-efficient way to fuel vehicles. However, energy can be stored much better than electricity and could be a way to store energy when there is an excess of electricity produced (e.g. on windy and sunny days). Biofuels are already in use as an addition to petrol and diesel, but are not very popular anymore, because the production of biofuels is supposed to go at the expense of the production of food. These are the reasons that influential NGOs (non-governmental organizations) like Transport & Environment exclusively lobby for battery electric vehicles (BEVs) and not for hydrogen or biofuel powered vehicles, especially cars. There will be some room for hydrogen fuelled vehicles, but BEVs will be mainstream. 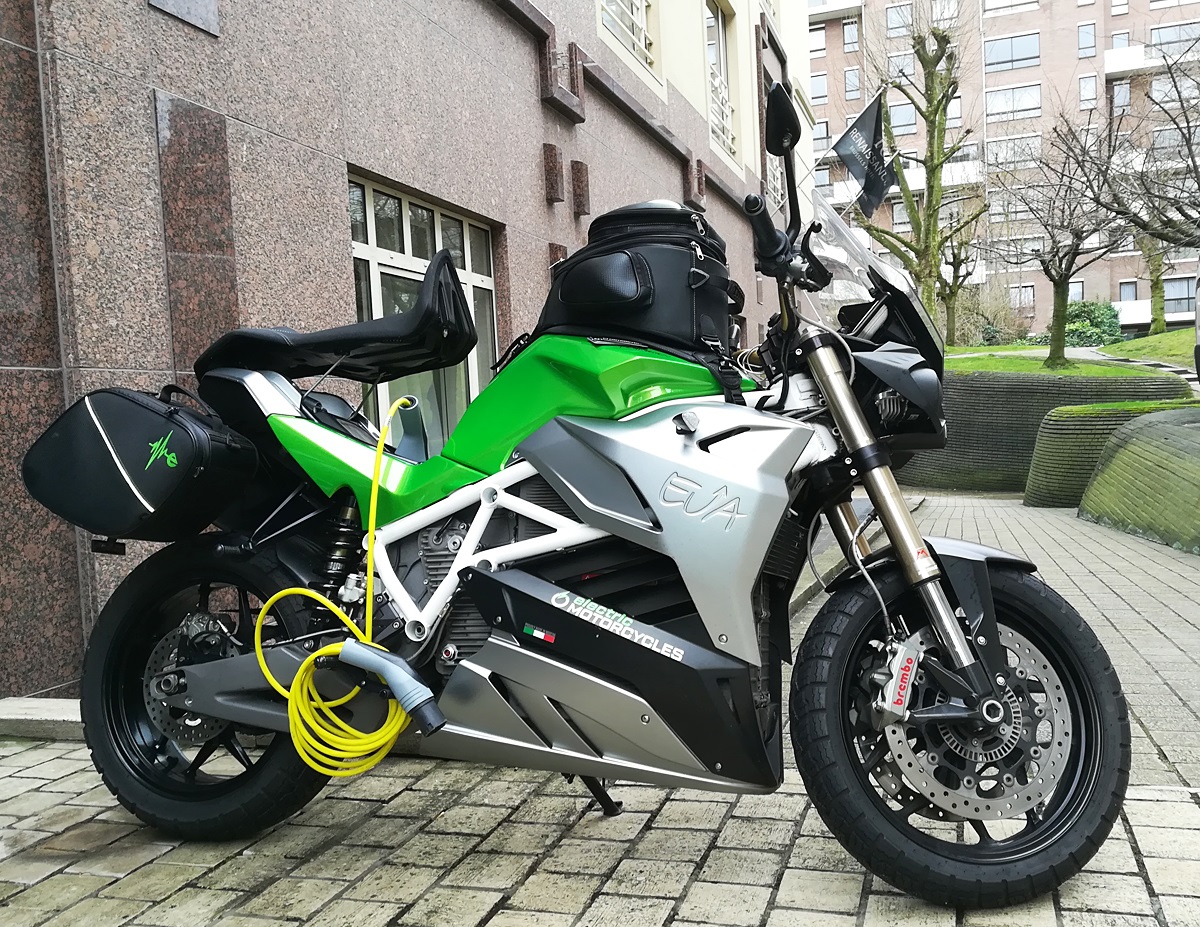 Transport is seen as a big contributor to the greenhouse effect. According to the EEA, the European Environment Agency, road transport emits nearly 21% of the EU’s total emissions of carbon dioxide (CO2), the main greenhouse gas. Both the European Union and countries inside and outside the EU want ‘climate-neutral’ transport in 2050. This looks far away, but remember that cars, the largest part of the vehicles, in Europe have an average lifespan of about twenty years. To have all cars on the road emission free in 2050 means that cars that do emit CO2 should no longer be on the market after 2030. Now it suddenly gets closer. In just over ten years, there should be a complete transition from cars with a (carbon-based fuel) internal combustion engine to battery-electric powered cars. Already the governments of Denmark, Germany, Ireland, India, Israel, Netherlands and Sweden have announced that they will ban the sale of new ‘carbon-fuelled’ cars from 2030. France, China and the UK have announced to stop the sale of new cars with an internal combustion engine from 2040. On the other hand, Norway wants to ban the sale of these cars already from 2025. Indeed, I’m talking about cars, not about motorcycles. But let’s be realistic: when the sale cars with an internal combustion engine will be stopped after 2030, in one country (the Netherlands) also the sale of mopeds with an internal combustion engine, how big will the chance be that an exception will be made for motorcycles?

Will it happen?
So far, I have expressed the views of governments and non-governmental organizations. How realistic is this? Will there be enough vehicles on the market, will there be enough electricity, will the grid be able to deal with the extra demand and fluctuations? Let’s start with the vehicles. When I wrote this, the daily internet newspaper Automotive News Europe had nine lead articles. Six of these were about electric cars. Every week, manufacturers announce new electric models, Volkswagen is transforming a huge factory in Zwickau to build electric cars, several manufacturers (PSA group, Renault, VW group) have announced that their present class A cars will probably not have a successor with an internal combustion engine. The motorcycle industry is a bit slower, but this doesn’t mean that nothing happens: In China there already is a sharp decline of motorcycles with internal combustion engines (ICEs) to the expense of electric models and e-bikes. In India, the largest manufacturer Hero has electric scooters on the market and manufacturer Blacksmith Electric is working on a quite sexy middle-class electric motorcycle with swappable batteries. In Japan, the big four manufacturers have announced a consortium for electric (swappable) motorcycle battery tech. Honda confirmed plans to start selling motorized scooters that run on detachable batteries in Southeast Asia starting 2019, as a result of toughened environmental measures across the region. Europe is only a small player in motorcycling. When the big markets in Asia, China and India ask for electric powered two-wheelers, the manufacturers will focus on that and not spend too much energy and money on motorcycles with an internal combustion engine. Already some Japanese manufacturers focus more on small and medium motorcycles. Except for the Goldwing, when did you last see a new large Honda motorcycle model? 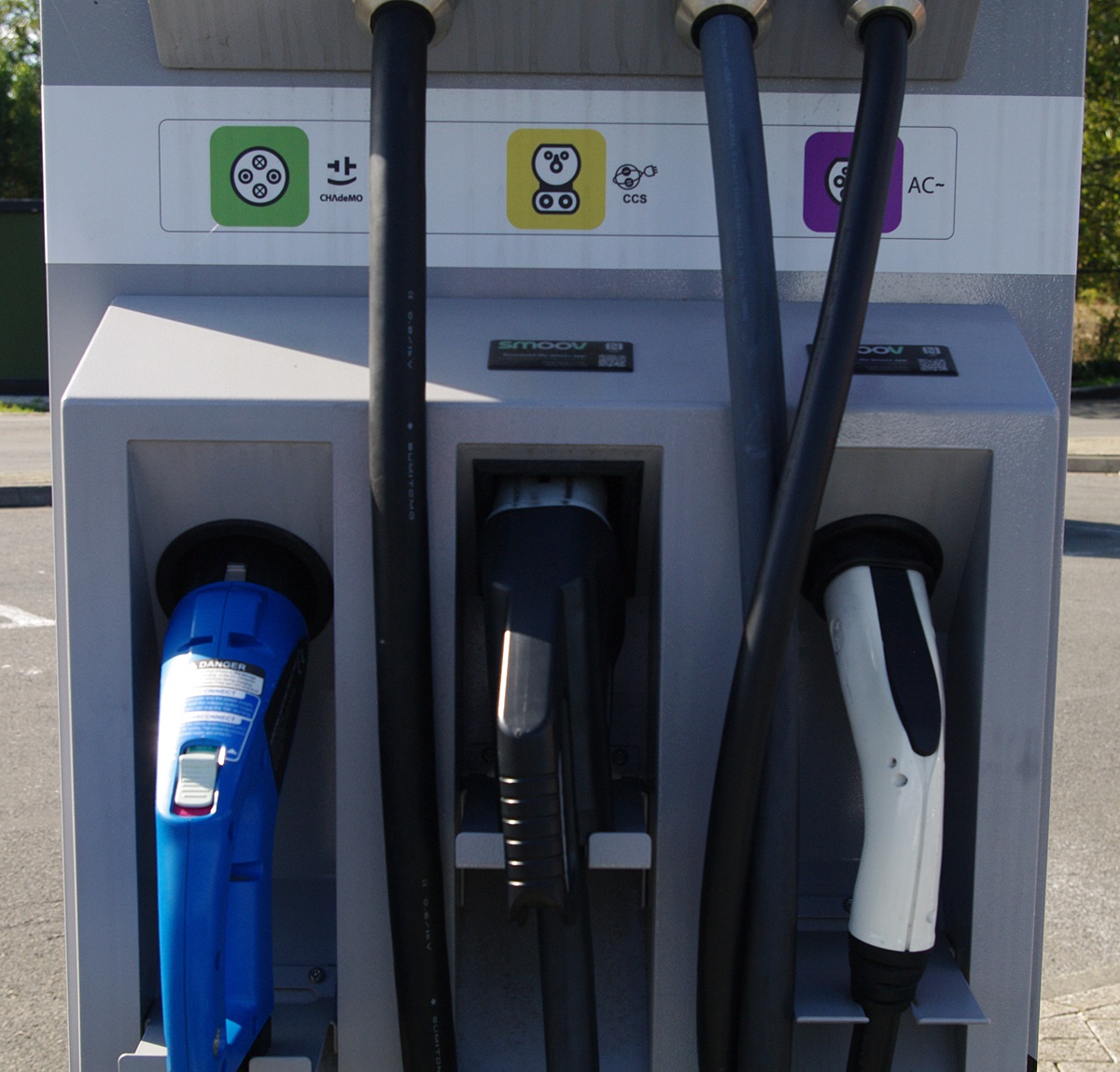 Then there is the issue of producing and distributing electricity. The amount of energy that is used for transport is about a third of the total energy consumption in the EU. We have indeed a problem already, with nuclear plants getting old or closed, coal plants that are emitting lots of CO2 and other emissions, gas-and oil fuelled plants that also emit CO2. Wind- and solar power is still just a little part of production and windmills and solar panels do not always provide energy. Also, we will see a higher fluctuation in energy demand. Electric cars will be connected to the electricity network (the grid) when people get home from their work. These are problems that are existing and need a solution, but they will not stop the energy transition. The believers in electric transport reckon that those problems will be solved in time. One of the solutions I heard at the EUSEW2019 was ‘smart charging’, which means that batteries are not all charged immediately, but during the night, probably also with variable tariffs with supply and demand. Also, they will be used to supply electricity to the grid when there is a demand for that. The same goes for the grid itself. The existing grid is in some places already inadequate. The solution here would be ‘smart grid’: the grid would detect when and where there is or will be a higher demand for electricity, or a smaller supply, and deal with this by using electricity that is stored in e.g. car batteries or not charging car batteries until the demand is less. Other solutions that are sought for are using used car batteries (happens already), tidal energy, using water basins, etcetera.

Conclusion
Global leaders, the European Union and national governments are aiming at CO2 emission-free transport in 2050. To get there they stimulate both a modal shift (from cars to public transport, walking, cycling) and a shift from carbon-based fuels for transport to other kinds of fuel. Battery powered vehicles (BEVs) seem to be the most probable option. This transition will not only be limited to cars. Motorcycles and other powered two- and three-wheeled vehicles will be part of it too. To have a CO2 emission free transport in 2050 means that in about 2030 the transition to vehicles that run on non-carbon-based fuels should be complete. Several countries and cities already have a policy to ban the sale of new cars (and probably motorcycles) with an internal combustion engine between 2025 and 2040. The same is also happening in countries that are very important for the motorcycle industry outside Europe. We will have to be prepared that in about ten years it will probably not be possible to buy a motorcycle with an internal combustion engine in most, if not all, European countries.