“It is a huge success to SMC that the government and parliament stimulate the use of powered two-wheelers and see these vehicles as smart, space-efficient and environmentally friendly vehicles that contribute to sustainable cities”, says Jesper Christensen, general secretary from Swedish motorcyclists’ organization SMC.

Everyone who rides a powered two-wheeler understands our choice of vehicle contributes positively to the environment. Everyone is also well aware that there is potential for improvement in this area. Thus, the Swedish Motorcyclists Association SMC and the Swedish Motorcyclists and Snowmobile Association Svemo have written a joint sustainability report. It is a unique initiative since no motor organization has done anything like it anywhere in the world. 65,000 copies of the report have been sent together with SMC’s member magazine to all SMC-members.

The heart of SMC’s and Svemo’s operations are 150,000 members, hundreds of clubs and thousands of volunteers that make it possible to conduct motorcycle sports, motorcycle trainingg, transport, commuting, rallying, information, public affairs, meetings and loads of activities for motorcyclists. The sustainability report describes the non-profit work within the organizations, the impacts from the activities on society socially and financially and also the efforts from the organizations to minimize environmental impact.

“Volunteers in SMC and Svemo invest hundreds of thousands of hours around the country, which gives the society huge profits, especially financially and socially. Our operations contribute to increased safety, community, diversity, equality and security in the society”, say Per Westling and Jesper Christensen, General Secretaries of Svemo and SMC.

Emission requirements were introduced later for motorcycles compared to cars. Since 1999, emissions of carbon monoxide and hydrocarbon in Sweden have decreased by 94 percent and emissions of nitrogen oxides by 50 percent. Now, various electric motorcycles are starting to emerge in the market, both for competition and on the roads. In 2018 the Swedish government and parliament decided on several new regulations in order to stimulate the purchase of fossil free powered two-wheelers. One initiative was subsidies to all those who bought electric motorcycles and mopeds with €1,000. Another important decision from the government was that all motorcycles and mopeds can ride in all environmental zones in Swedish cities. One effect was that the proportion of new electric motorcycles in Sweden grew faster than cars in 2018. 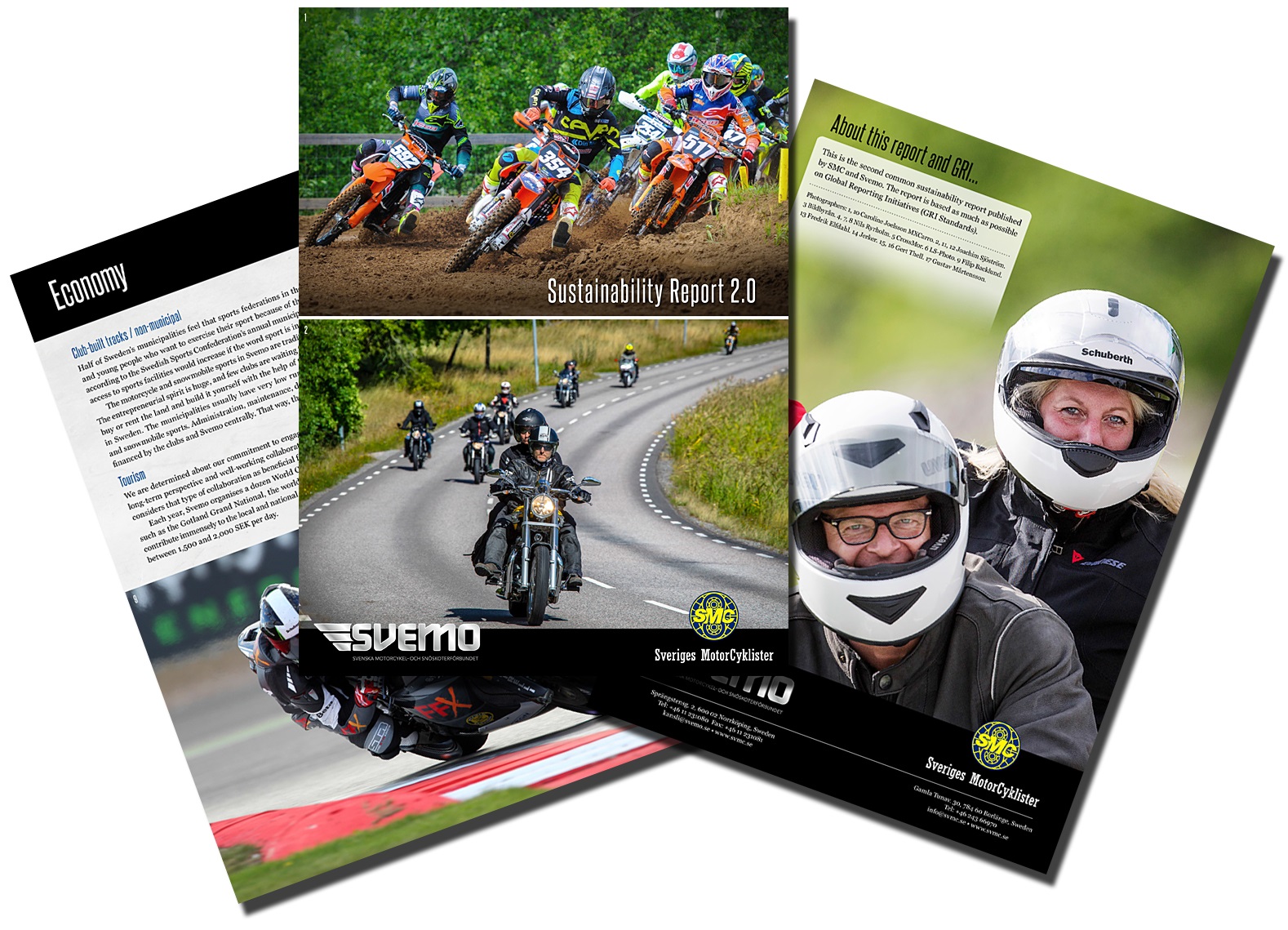 “It is a huge success to SMC that the government and parliament stimulate the use of powered two-wheelers and see these vehicles as smart, space-efficient and environmentally friendly vehicles that contribute to sustainable cities”, says Jesper Christensen from SMC.

“Svemo has been involved in strategic environmental work for over 20 years with a number of concrete measures. These include environmental certification of tracks and lowered noise levels. Outsiders are often surprised that motorcyclists from Svemo are invited by municipalities to ride in the nature around the tracks. A result is that the nature can be kept open without being sprayed by pesticides. The motorcycles cause a constant disturbance which means that no single plant can take over which means that the riders increase the biodiversity. Right now, a number of projects are taking place in Sweden where our clubs have received nature conservation grants for this work”, says Per Westling from Svemo.

Click here for the sustainability report as a pdf file.