The Dutch government announced a ban on lighting on motorcycle clothing or helmet. Soon motorcyclists and their passengers may no longer be allowed to wear this form of lighting. 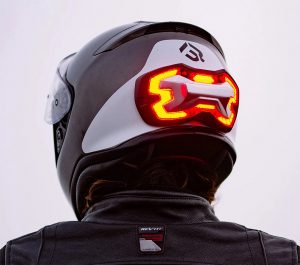 The Dutch minister for infrastructure and water management, Cora van Nieuwenhuizen, explains her reasoning as follows: “More and more motorcyclists attach lighting to their clothing or helmet. This causes confusion with other traffic and leads to unsafe situations. It is therefore undesirable for motorcyclists to use different lighting on their motor than prescribed.” According to the minister, this explicitly forbids the use of lighting on the clothing or helmet of motorcyclists and their passengers. The ban was already announced to the motorcycle and motorcycle gear industry in 2016. 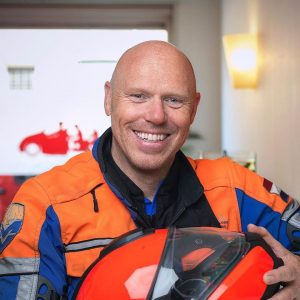 Arjan Everink, head of traffic and training at the Dutch motorcyclists’ association KNMV says: “KNMV is of the opinion that as a motorcyclist you should do (almost) everything to increase your own visibility in traffic.”

Arjan continues: “Based on research, it is known that motorcyclists are regularly not noticed or noticed too late by other road users (motorists) and dangerous situations arise as a result. Extra lighting on clothing and/or helmet can give an extra attention value to the visibility of the motorcyclist in traffic. However, the sharpness and surface area of lighting must be considered. The proposed proposal for a total ban is an ill-considered measure that will not reduce the number of motorcycle accidents.”